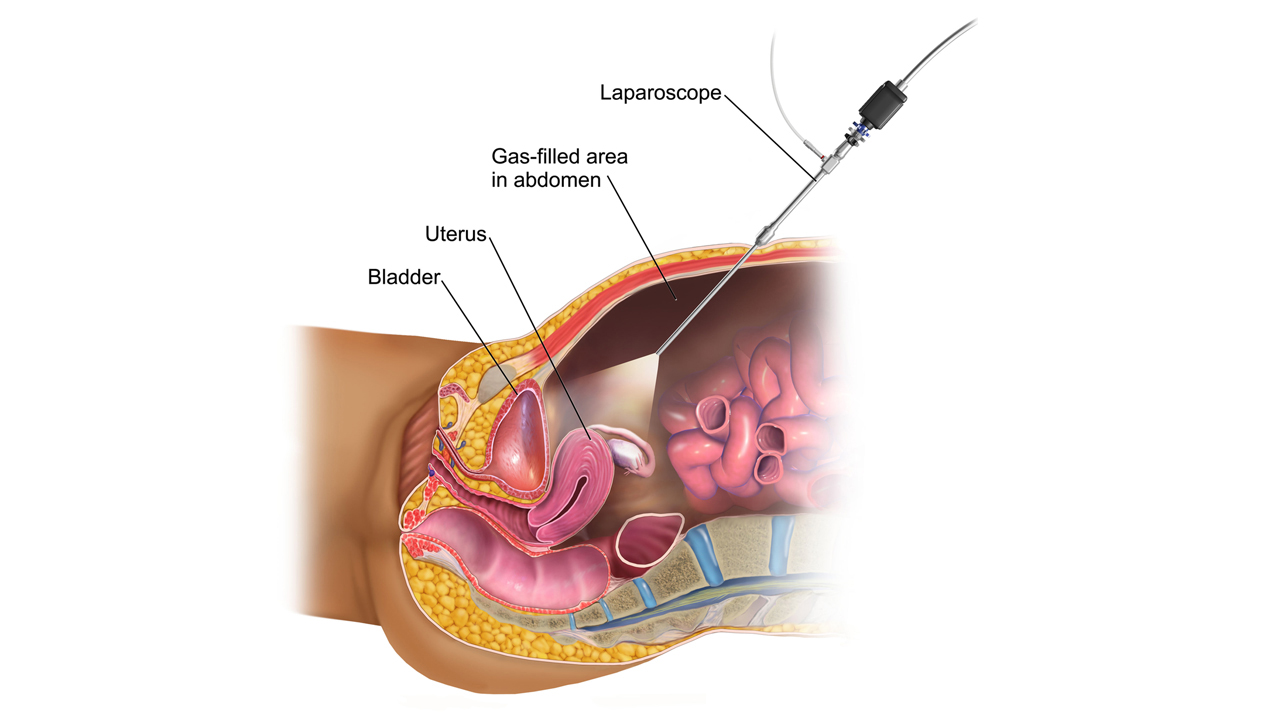 Laparoscopy is a surgical procedure in which the surgeon makes a small incision in the patient's abdomen to allow a laparoscope (long, thin tube through which a light and optical fibers travel) to allow visualization of the internal organs. Accessory incisions (5mm long) are made in the flanks to allow fine surgical instruments to pass to correct diseased organs. 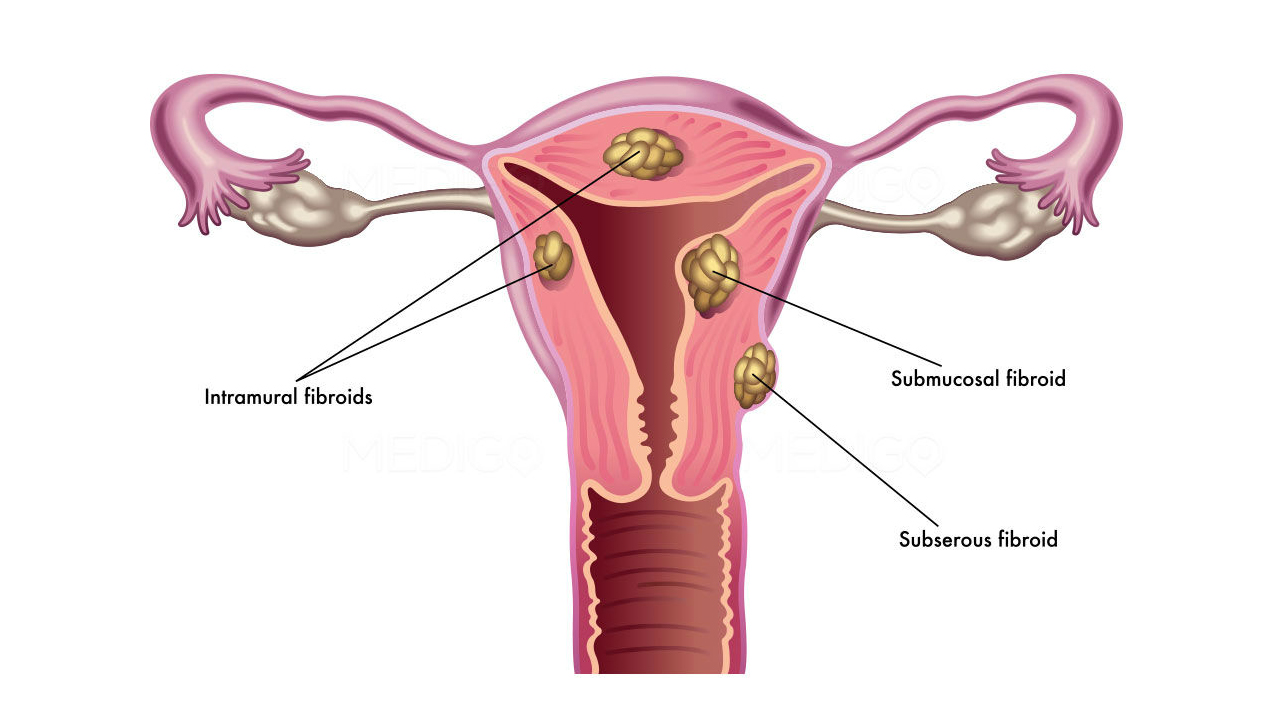 Laparoscopic Gynaecological procedures commonly performed
Fibroids are non-cancerous or benign growths that develop in the uterus. As many as 30 percent of women have one or more of these tumors, which range in size from as small as a pea to as large as a melon. Most women with fibroids have no symptoms and don't need treatment. But if symptoms occur, you should seek medical attention as fibroid surgery may be required. Uterine fibroids are unlikely to shrink or disappear on their own until after menopause.

Symptoms of Fibroids:
-Heavy Bleeding
Some women experience excessive menstrual bleeding. Some women describe soaking through sanitary protection in less than an hour, passing blood clots and being unable to leave the house during the heaviest day of flow. Treatment is essential. If this blood loss continues, you may develop anemia, or a low blood count, that can cause fatigue or lightheadedness.

-Pelvic Discomfort
Women with large fibroids may have a sense of heaviness or pressure in the lower abdomen or pelvis. This discomfort is similar to pregnancy when the enlarging uterus presses against surrounding structures.

Fibroid Treatment
Most uterine fibroids require no treatment at all. If the uterine fibroids are not causing pain, bleeding or discomfort, many doctors recommend leaving them alone and monitoring them over the years. However, uterine fibroids should be removed by surgery for the reasons below. You should discuss with your surgeon about the type of surgery required and the cost to do that operation, bearing in mind that costs may differ in different hospitals. As always, it is wise to get a second opinion and comparing notes before you make such a major decision.

- They are causing uncontrollable, abnormal heavy bleeding
- They are too large and causing discomfort
- They are rapidly growing
- The fibroid grows after menopause
- There are difficulties in becoming pregnant

Laparoscopic Myomectomy (Surgery for fibroid)is the preferred treatment done. Intramural and sub serous fibroids upto 10cm in diameter or more can be removed through laparoscopic surgery. Then the fibroid has to be cut in to thin strips using a morcellator and removed piece meal through laparoscopic port.

Laparoscopy is the primary surgical choice for diagnosing and treatment for endometriosis. Laparoscopy involves inserting a tiny telescope connected to a camera called a laparoscope through a small incision in the umbilicus in order to view the reproductive organs. Laparoscopy makes examination of the abdominal cavity possible without a large abdominal incision.

Endometriosis Diagnosis
Endometriosis can be suspected based on characteristic symptoms, physical examination findings, and/or changes on pelvic ultrasound, CT scans. However, other diseases may give similar findings and the only way to diagnose endometriosis is through a surgical procedure called a laparoscopy. The diagnosis needs to be confirmed by microscopic examination of the tissue.

Not every lesion having a visual appearance of endometriosis is actually endometriotic and sometimes atypical lesions may be endometriotic in nature. Your laparoscopic surgeon should take a biopsy to confirm his visual diagnosis.

He should also be able to assign a score for the size, depth, and location of endometriotic lesions which is the basis for classifying endometriosis as Stage I, II, III, or IV — with Stage I being the minimal and Stage IV the most advanced. Endometriosis is a progressive disease which impairs fertility, tends to come back after treatments, and lasts as long as there is ovarian function, that is, until menopause.

Advanced laparoscopic surgery for chronic pelvic pains and suspected endometriosis should be performed by a surgeon with the necessary skills and expertise in the resection of such lesions and in an operating room equipped for such a surgery.

Endometriotic implants should be resected, vaporized, or fulgurated and care should be taken to perform as complete as possible resection of deep infiltrating endometriotic nodules which are usually the cause of pelvic pains.

To reduce pain transmission, nerve interruption procedures such as uterosacral (US) nerve ablation or presacral neurectomy should also be considered. Adhesions (scar tissues) should be completely resected and measures preventing their reformation should be applied.

Endometriotic cysts should be resected with their capsule - using ovarian tissue-sparing technique - rather than be drained. The surgeon should also be prepared to resect endometriotic lesions that may involve other organs such as the bowel or bladder.